Happy International Women’s Day! There a lot of “days” that I love – Yorkshire Pudding Day, Ferris Wheel Day, Wave All Your Fingers At Your Neighbours Day (wait, what was that last one?!). International Women’s Day, however, hits differently. I’m all about feminism and female empowerment, and having a day dedicated to women everywhere is pretty darn awesome. To celebrate, I wanted to share a list of strong women who never fail to inspire me…

If you remember one thing about me, let it be my love for Taylor Swift. I have been a fan of Taylor since 2012, and have watched as she went through some of the most savage media attacks for no reason. She’s a powerful woman who has a badass business mind, is one of the most talented songwriters of this generation, and is an undeniably kind human being. After watching her new Netflix documentary, Miss Americana, I’m even more convinced of the fact that the hate she receives is entirely unfounded. But the fact that she’s gone through all that and remained a truly good person is why I will always be proud that she is my idol.

The Dixie Chicks may be the most controversial band in the history of country music – but I’ve always loved their music and recently watched their Shut Up And Sing documentary which followed the band through the aftermath of the 2003 incident. It’s astounding how one sentence can have the catastrophic consequences that resulted in death threats, events where former fans destroyed the band’s CDs with an actual bulldozer, and an almost permanent blacklisting from country radio. They went on to complete a US tour with protests at the shows and angry ex-fans in the crowd who couldn’t get their money back. Then they wrote an album about the experience and won five Grammy awards. Enough said. 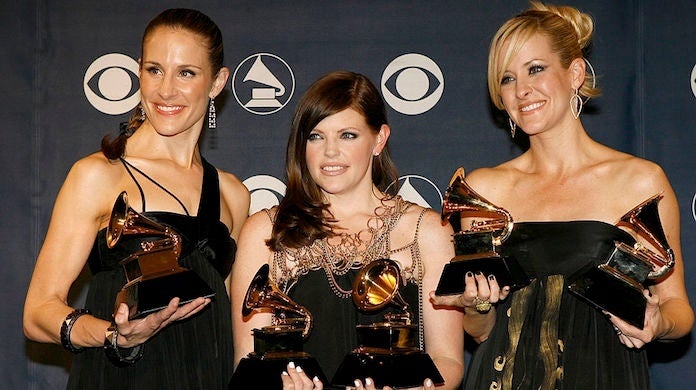 Do I even need to justify why Dolly Parton made it onto this list? She’s a singer. A songwriter. A producer. An author. An actress. A businesswoman. A philanthropist. The more I learn about Dolly, the more I appreciate what a strong and unbelievably talented woman she is. Did you know that her charity have donated more than 100 million books to the Imagination Library? That she wrote Jolene and I Will Always Love You on the same day? That she refused to let Elvis record I Will Always Love You because she didn’t want to give away the publishing rights? What a woman.

One of the leading members of my favourite writers round (Song Suffragettes), an insanely talented lyricist and singer, and an all round awesome human being. Kalie released her debut album, Open Book, last year in which she channelled some awful life experiences into art that has connected with her fanbase. Another reason I love her is that she’s kind of a walking meme, and has no hesitation in publishing a lot of hilariously self-depreciating tweets which make her extremely relatable.

Finally, the most important woman on my list. My mum has made me into the person I am today, and I won’t ever have the ability to put into words how much she means to me. I’ve been through a rollercoaster of health issues these past nine years, and my mum has been there every step of the way. She’s my constant reassurance that no matter what may happen, things are going to be okay. She’s frustratingly optimistic, super creative, and can dish out sarcasm that rivals my own. If I can become even half of the person she is, I’ll be very happy.

So there you have it. Five women who inspire me to be the best version of myself and show me that anything is possible if you believe in yourself and work for it. Remember that it’s always better to lift others up than tear them down.

Don’t go chasing waterfalls✌️
Who needs an aesthetic anyway?
A dream is a wish your heart makes💗
If you go down to the woods today…🌲
Dreaming of cherry blossoms🌸
I’m not cool and I’m not smart, and I can’t even parallel park🚗