It’s been a hot minute since the end of 2019, and now I feel is the time to look back and reflect on my achievements from the past twelve months. A lot of good things happened; I spent two months in a different country, I started singing in public, I got a job as an elf (literally). Some not so good things happened, but all we can do about those now is learn from them for next time.

In the January I turned 18, therefore becoming a fully fledged adult in the United Kingdom. Other than that, the beginning of the year was pretty low-key. Then in March, I won tickets to go to the Country To Country festival in London. With only one days notice. And I met Lady Antebellum. I’m still kinda freaking out about that.

The other kinda crazy thing that happened in March was me dying my hair pink. Going to be honest with y’all here and say I’m still not totally sure why I did that, but I’d do it again.

During April I saw both Shawn Mendes and Maisie Peters in concert, and met Maisie after the show. She was an absolute sweetheart and if she doesn’t become a massive superstar there is clearly an issue with the world. Emo Girl Pop for life. 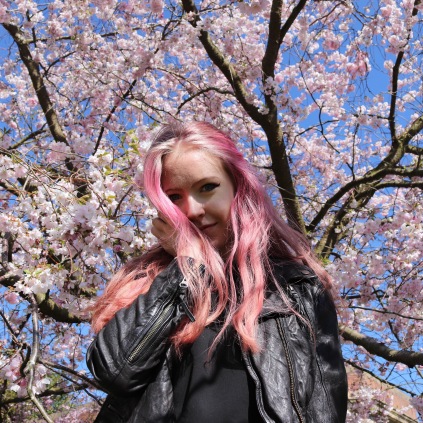 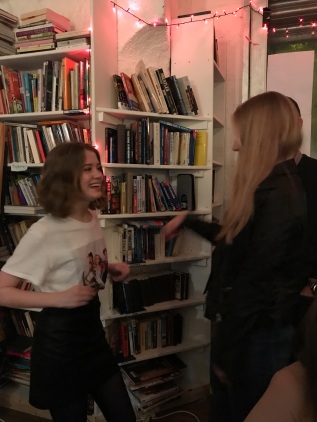 Okay, maybe 2019 was the year of concerts, because the best part of May was going to see Maren Morris. I’ve loved Maren’s music for years but this was my first time seeing her live, so I decided to treat myself to a M&G pass. Best decision of my life. Only six other people were in the VIP group and they were all so lovely, we basically got to sit and just talk to Maren for half an hour. Still not over it. 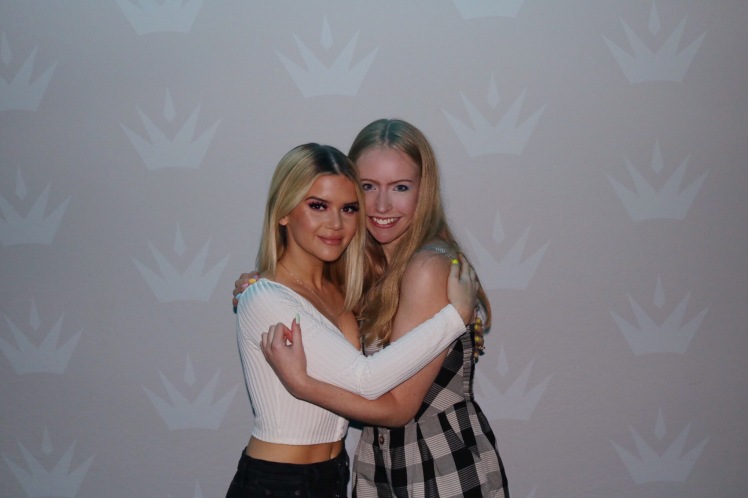 I spent June in one of my favourite places, Club La Santa in Lanzarote. It was a full month of sunshine, exercise, and pizza – a combination way better suited than you would think. Whilst there I performed at their guest show four times (and only had a meltdown once), so that was pretty cool! 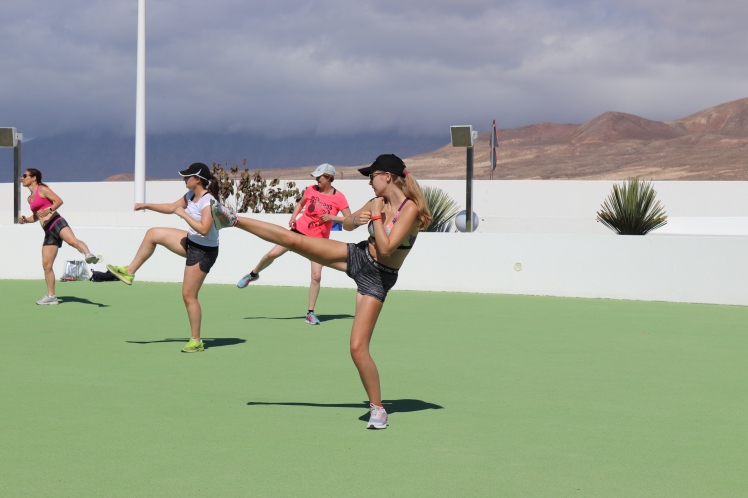 July and August were fairly low-key months. I met up with some friends, I sang at a market, and I saw Ed Sheehan live. I may have also been put off outdoor concerts for life, because it rained the whole entire time.

September did not start so great. I got a horrible cold, then travelled 6 hours to a wedding only to have the worst panic attack of my life (I reckon it was pretty much 24 hours), and come home immediately after the ceremony cause I really felt that bad. With clouds and silver linings and all that, however, on the way home I started to feel less anxious and actually had a sort of fun road trip home with my parents – even stopping to get Burger King (which we never do). 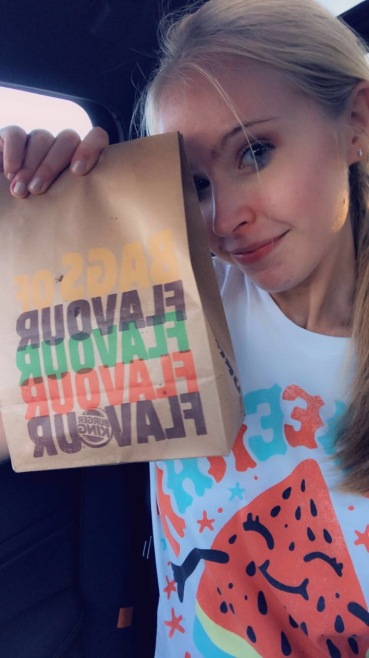 Such good fries though! 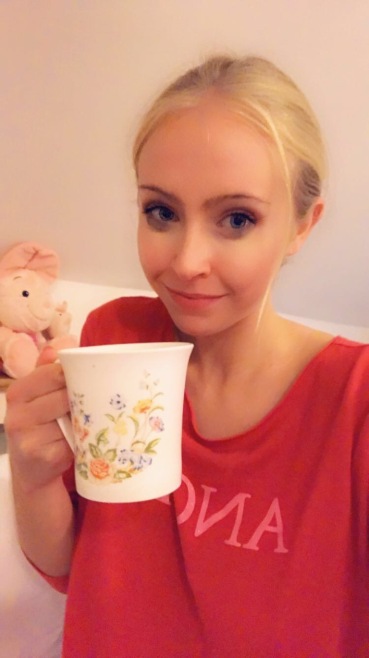 Got to love that smudged mascara look

After that, the month got way better as we set off back to Lanzarote. I played an electric guitar during the shows this time, as their acoustic snapped a string, and I instantly fell in love with the electric (more to come on that later!). 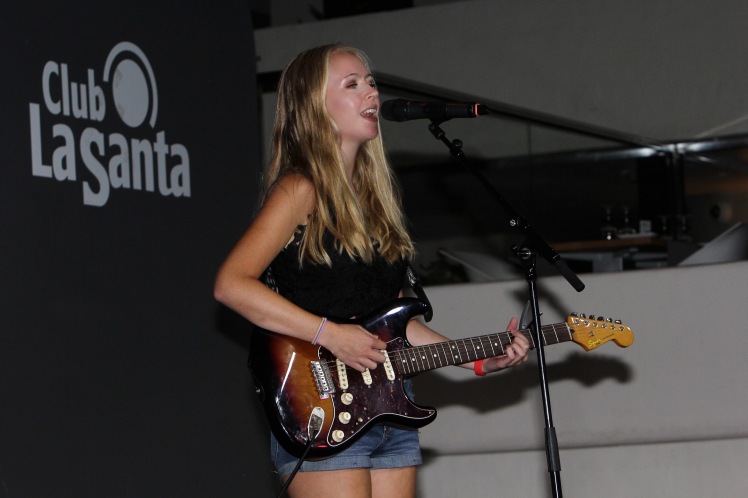 October brought our annual pumpkin trip to Farmer Copleys, which was the only Halloween related celebrating we decided to do this year. That’s right, the 31st October was full on ignored in favour of Christmas preparations – but that won’t surprise anyone. 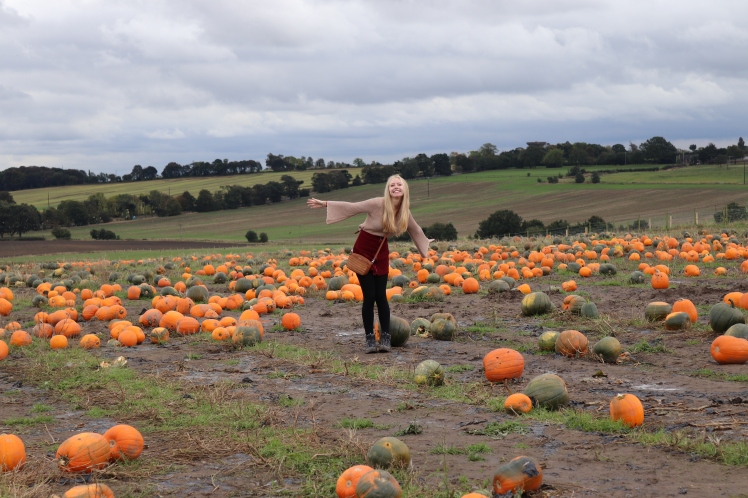 November and December were all out, full on, glitter bomb Christmas. No room would go un-decorated. Every outfit had an element of festivity. Presents were to be bought and wrapped as though your life depended on it. What can I say? I’m a Christmas enthusiast. 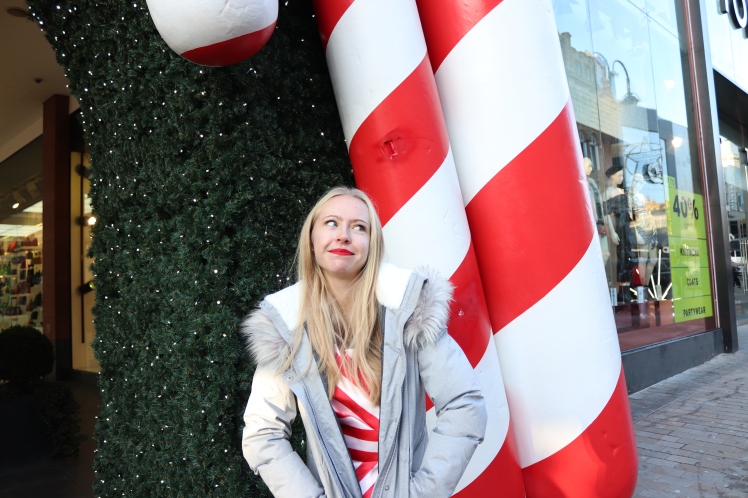 Then, as if I wasn’t festive enough, in December I got a job as an elf in a Santa’s Grotto. It was incredible. I got paid for dressing up and getting excited about Christmas cookies. I have found my true calling. Seriously though, it was a great experience and so lovely to see the excitement on the faces of the kids when something “magic” happened. Plus it was a huge step out of my comfort zone and I didn’t die, so, that’s positive. 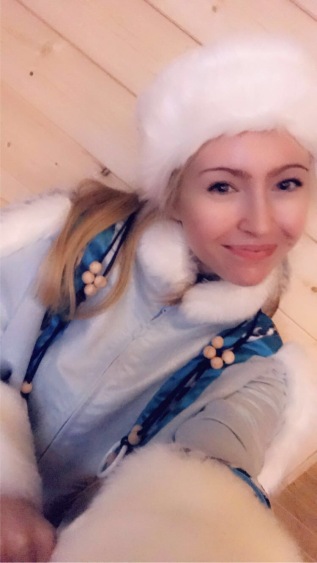 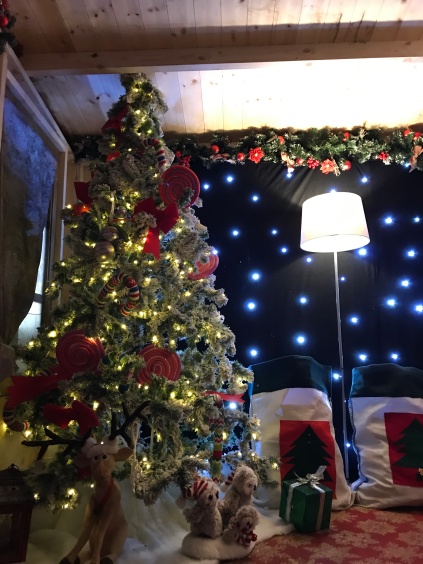 As Christmas drew closer, we made our annual gingerbread cottage, and I’m pretty sure it was our best yet. Christmas Day itself went smoothly and it’s safe to say that my favourite present was my electric guitar who I’ve named after Miranda Lambert, cause I just had to. 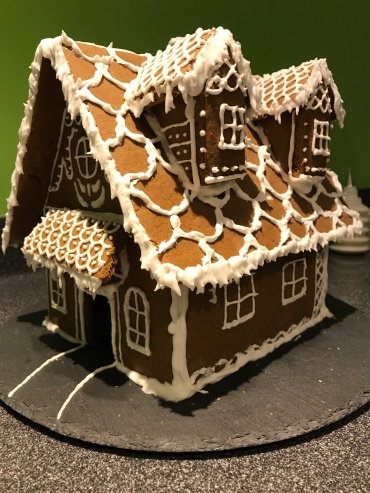 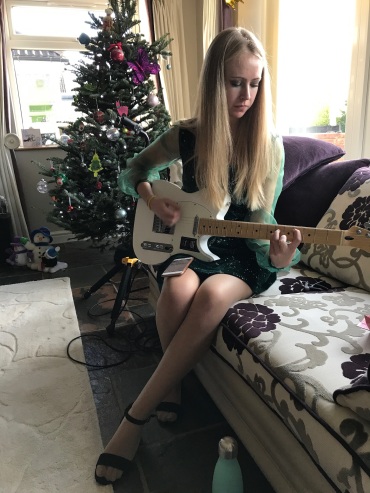 Then here we are, at the end of the year and the beginning of another decade. I’m so excited to find out what 2020 has in store for all of us. Let me know your favourite moments from the last year, and what you’re looking forward to about this year.

Don’t go chasing waterfalls✌️
Who needs an aesthetic anyway?
A dream is a wish your heart makes💗
If you go down to the woods today…🌲
Dreaming of cherry blossoms🌸
Running away from my problems like💨